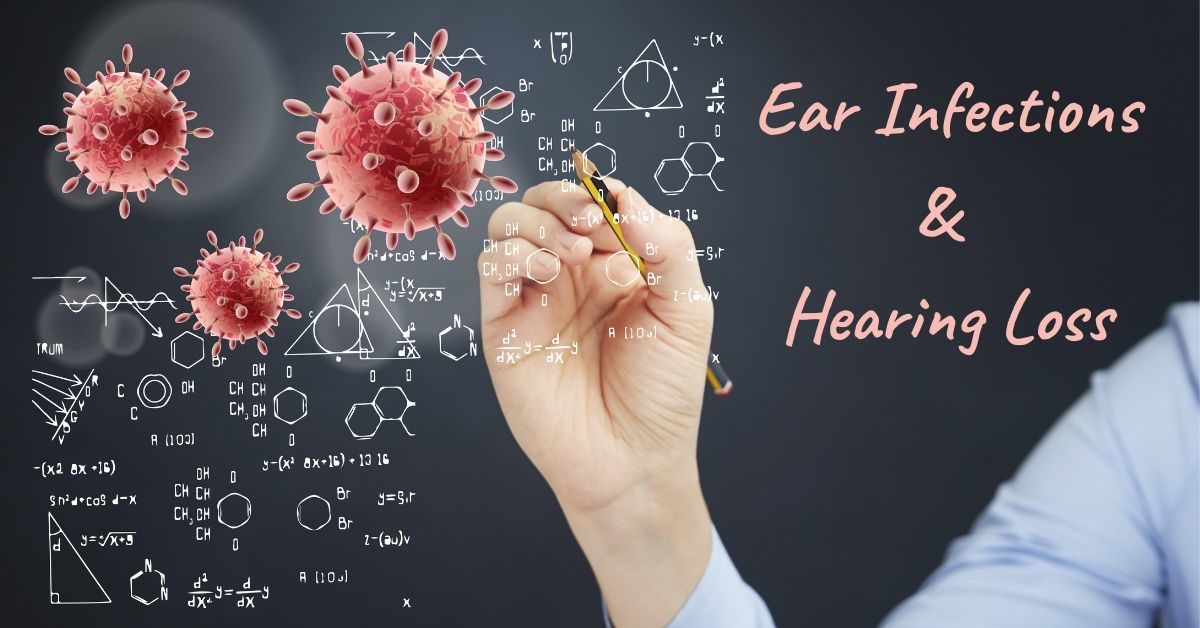 Ear infections and hearing loss are common worldwide. Statistics in 2018 reveal that the world had a staggering 466 million people who suffered some disabling loss of hearing. Of those millions, there were 34 million children who suffered the same physical problem.

Similarly, it is estimate by 2050, 900 million will experience some disabling hearing loss. That is about 1 for every ten persons you would meet on the street every day have or will get some loss of hearing. What can be done about this problem? Here are three types of infection that are common causes of reversible (can be cured) or irreversible (unable to be cured) loss of hearing. Let’s say at first that a large number of irreparable damages of hearing cases have one cause, which is called untreated hearing loss.

Physiologists show us there are three parts of the ear: the outer ear, middle ear, inner ear. Each piece of the listener from the exterior to the inner becomes more and more vulnerable when exposed to the different kinds of infections, swelling, blistering, and bacteria. The closer the diseases come to the inner ear, the more sensitive the patient becomes. The virus becomes more dangerous and problematic and vulnerable to irreversible loss of hearing the more it is prolonged and goes untreated by a medical physician. Though it is widely accepted that infections in the outer ear and inner ear rarely do result in irreversible loss of hearing still doctors recommend medical attention at all levels of contamination for the reason that all infections when not treated correctly and in time can result in some disabling loss of hearing and on rare occasions irreversible loss of hearing.

The outer ear can become infected and become swollen and result in the distorted hearing because of the swelling that does occur in the outer ear, but this kind of infection caused mainly by exposure to too much water in the ear usually clears up on its own. This kind of disease is called “swimmer’s ear” because of the prevalence of swimmers who receive it. Very rarely does this kind of infection result in irreversible loss of hearing, but the hearing, as said before, can become blurry and cloudy, caused by some swelling in the outer ear, which prevents sound from reaching the inner ear where the audio is processed.

Infection Behind the Eardrum

There is a kind of infection that is produced behind the eardrum, which causes the eardrum to become filled with fluids and usually clears itself by the water draining out of the eardrum, but this kind of eardrum infection can go wrong if not treated correctly. If the eardrum fails to become removed on its own, the eardrum under rare occasions can suffer a traumatic reaction and rupture, leading to disabling hearing loss, and because of this, it is recommended that medical attention is sought.

A middle ear infection, as mentioned earlier, being closer to the inner ear is more susceptible to infections and can result in diseases that result in scabs, pus, and swelling blocking the inner ear from performing its function. These kinds of infections are more dangerous to one’s health and ought to be treated by a medical professional to avoid irreversible loss of hearing resulting in untreated hearing loss. In this case, a prolonged delay in processing the infection may aggravate the disease, and that is the cause of an untreated hearing loss.

Infection of the Cochlea

This third kind of loss of hearing is caused by a small bacterium, common to the common cold, and which lodges inside the cochlea or inner ear. Though the bacteria which cause this infection has been traced to the same that causes the common cold, it has a devastating effect upon the inner ear and is considered dangerous and can lead to irreversible loss of hearing. With this kind of infection, immediate professional health care ought to be sought at the first signs of the onset of these bacteria.

Signs to Watch for in Inner Ear Infections

If any of the signs listed above occur outside of the ordinary and regular hearing patterns, it is best to seek professional hearing health services for a proper examination and diagnosis. Contact us at Neighborhood Hearing Aid Center today to learn more!