Tinnitus, known as a “ringing of the ears,” is a condition in which one experiences sound without an external stimulus. The sounds of tinnitus vary from person to person, and have been described as a whistling, ringing, buzzing, popping, whooshing, or hissing. It is often linked to hearing loss, appearing in approximately 80% of hearing loss cases. Tinnitus may be temporary or chronic

According to the American Tinnitus Association (ATA), approximately 50 million people “experience tinnitus, often to a debilitating degree, making it one of the most common health conditions in the country.”

In the past decade, the US Department of Defense has supported tinnitus research with millions of dollars. Sixty-percent of service men and women returning from combat zones have reported cases of hearing loss and tinnitus, due to exposure to loud sounds in the field. As a result, research has expanded greatly.

When left untreated, tinnitus could lead to increased levels of stress, anxiety, and depression. Because the sounds could be distracting, it could interfere with the ability to concentrate, cause memory problems, and lead to mental fatigue. All of these factors could interfere with one’s health and well-being, as well as one’s social life and employment.

Types and Causes of Tinnitus

There are two different types of tinnitus: subjective and objective. “While tinnitus is most often triggered by hearing loss, there are roughly 200 different health disorders that can generate tinnitus as a symptom,” says the ATA.

Find a Location Near You

If you are experiencing tinnitus, the first step is to schedule a consultation and hearing test with us at Neighborhood Hearing Centers. We’ll determine your hearing abilities and recommend a course of treatment that will assist with your tinnitus.

Hearing aids are prescribed after your hearing abilities have been assessed. A few exemplary hearing aids with tinnitus management programs are outlined below.

Widex is a Danish hearing aid manufacturer that offers a ground-breaking tinnitus treatment option, ZEN Tinnitus Therapy. ZEN is a comprehensive treatment option that consists of four elements:
1) Counseling, cognitive, behavioral intervention to alter the interpretation of tinnitus sounds;
2) Amplification to assist the brain and auditory system in hearing;
3) Fractal tones, or Zen Tones, to provide acoustic stimulation and mask the sounds of tinnitus;
4) Relaxation, achieved through behavioral exercises and sleep management strategies. ZEN Tinnitus Therapy is available on a number of Widex hearing aids, as well as in ZEN2Go, a standalone device for those who do not experience hearing loss. 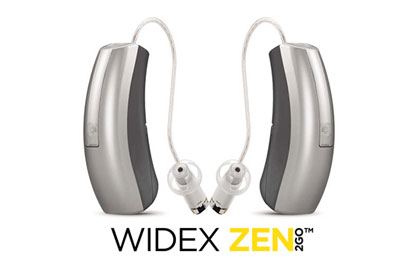 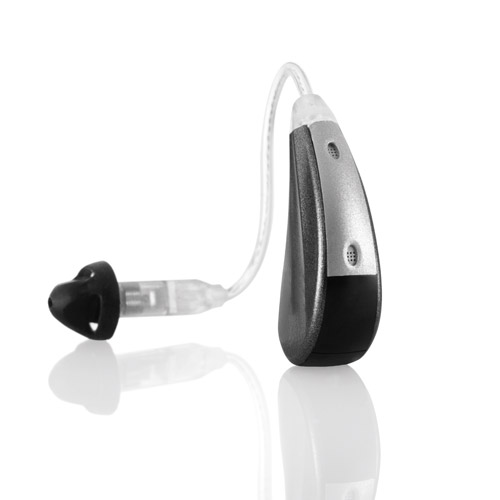 The Signia Primax hearing aid offers nine channels of tinnitus therapy: five static noise channels and four ocean wave channels. This variety of relaxing sounds masks the frustrating symptoms of tinnitus, while innovative features of the Primax support the brain in listening with less effort. Signia is co-branded with Siemens, which also offers a tinnitus option for their hearing aids through BestSound Technology. Select Siemens hearing aids offer synthetic and natural sounds to mask tinnitus. Siemens hearing aids with tinnitus features allow wearers to switch between modes (microphone only, tinnitus therapy signal only, and a mixed mode of both). 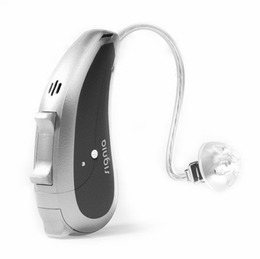 There’s no reason to live with the frustrating symptoms of tinnitus. Contact us at Neighborhood Hearing Centers today to schedule a consultation.

Learn about the types and causes of hearing loss.
Learn what happens during a hearing test appointment.
Learn more about hearing aids.