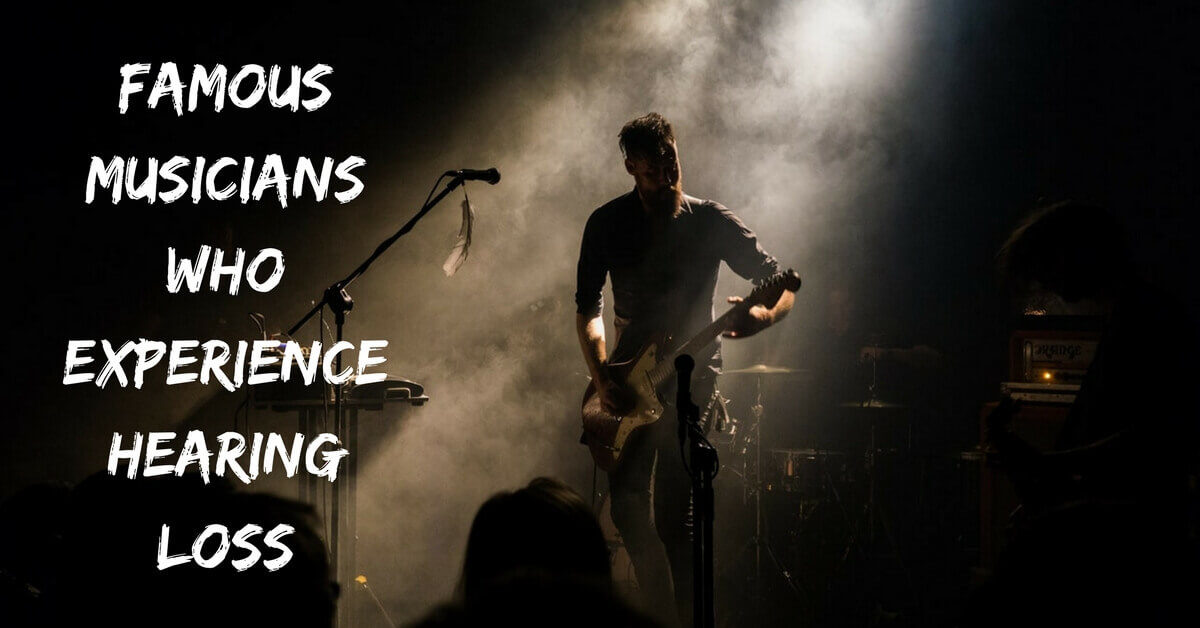 When you love music, having hearing loss or tinnitus can seem extra hard – putting distance between you and something you love. Doubly so if you’re a musician – a hearing impairment can be a tremendous blow. Unfortunately, there’s all too clear of a connection between hearing loss and music, especially live performances, where extremely loud volume is too often the norm.

Hearing loss doesn’t have to keep you from the music you love. Ludwig van Beethoven prempted that idea in the 1700s by composing his most beautiful symphonies while struggling with worsening hearing impairments. Even with hearing loss, the famous stars here persist- creating and performing some of the most iconic songs of our time.

Rocker Neil Young has been outspoken about his struggles with tinnitus throughout the past several decades. The ringing condition actually shaped the sound of his mid-1990s album “Harvest Moon” where Young intentionally crafted a softer sound to be kinder to his ears and soothe the symptoms of tinnitus.

One of the younger musicians on this list, Grimes cancelled an entire 2014 tour because of debilitating tinnitus. She cites reckless exposure to loud sounds as part of the cause, noting she has failed to use hearing protection in the past when listening to and making music.

The genius behind The Beach Boys has had hearing trouble since he was a toddler when hearing issues were found in his right ear. This didn’t stop Wilson from creating some of the most sonically complex pop songs of the sixties. Worldwide The Beach Boys have sold over 100 million albums, making them one of the top-grossing music acts of all time.

Member of the Black Eyed Peas, will.i.am has struggled with tinnitus that has gradually worsened over time to become a near-constant ringing condition. For him, musicianship has become part of the solution: the time he spends making music gives him respite from distracting tinnitus noise.

At the height of his career, Frankie Valli learned that his hearing was deteriorating because of osteosclerosis hardening the bones in his middle ear. The lead singer of the Four Seasons, Valli dealt with worsening hearing loss until surgery in 1980 made a radical difference in his hearing. According to Valli his hearing improved by over 50% in both ears.

The Who’s Pete Townshend has dealt with severe hearing loss, largely in part to his band’s hectic rock antics. Years around performances and stage shows featuring an explosive sound and sometimes literal pyrotechnic explosions, Townshend admits that his rock career took its toll on his ears. Hearing loss means that Townshend is more selective about how often he performs, and the impairment makes his ability to compose new songs challenging. These days, Townshend wears hearing aids and still performs live

Foxy Brown’s booming career as a rapper came to a screeching halt in 2005 when she experienced sudden onset of sensorineural hearing loss in both ears. Brown was unable to understand speech and couldn’t follow the tracks of music she had in progress. After an intense year without being able to follow her passion, surgery on both ears was performed and much of Brown’s hearing was restored.

Touting instantly recognizable star-shaped face paint, Paul Stanley has been the lead vocals of Kiss for over four decades, but he’s dealt with hearing loss his entire life. Stanley has been deaf in one ear since birth, and it’s helped him treasure the hearing he has. Consistently using sound protection on his hearing ear, Stanley also works to promote the use of hearing protection amongst his audience and fans.

Famous as the composer behind the theme music for The Simpsons and Beetlejuice, Danny Elfman was the lead singer for the band Oingo Boingo in the 1980s until hearing problems switched his focus from stage to studio.  Hearing problems including tinnitus forced Elfman to switch his focus to composing.

Visit Us at Neighborhood Hearing Center

Are you a musician who has not had their hearing evaluated? Ensure your hearing health by taking an annual hearing test. To schedule a consultation, contact us at Neighborhood Hearing Center today.