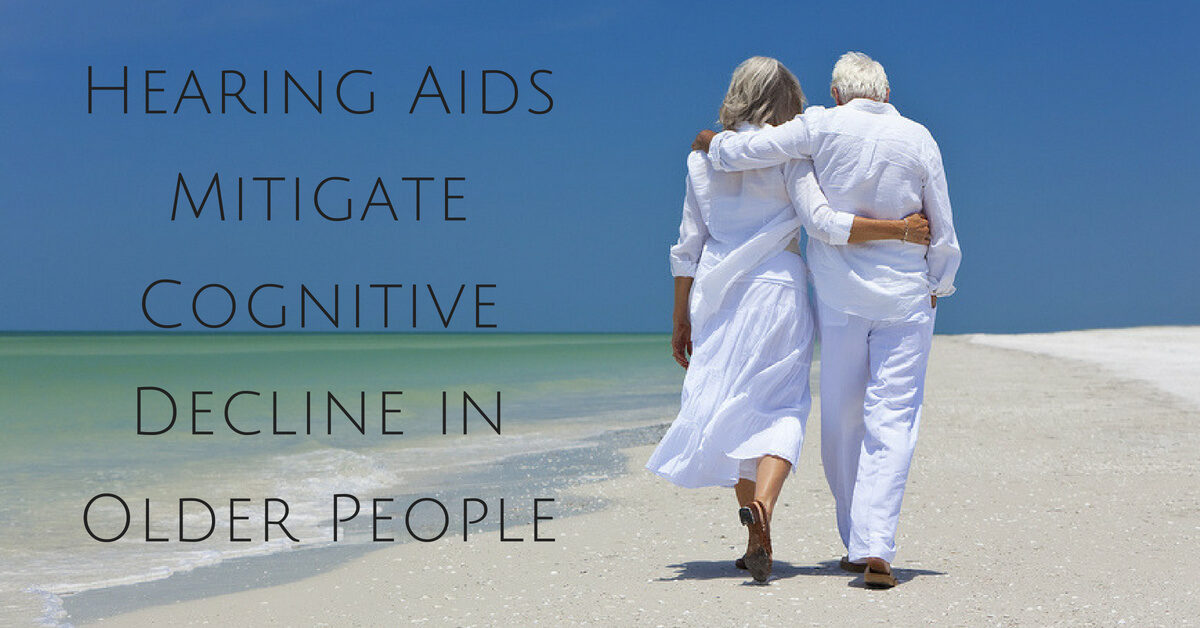 Many people think hearing loss isn’t really a big deal. Sure, you might miss a few words here and there, but that doesn’t really matter, does it? What you may not know is that hearing loss has been linked to numerous negative health outcomes and refusing to invest in hearing aids could be costing you a lot more than just a few conversations. If you ignore your hearing loss, before long you might find yourself struggling with the reality of rapid cognitive decline.

The Side Effects of Hearing Loss

Everyone knows that hearing loss makes communication harder. You miss words or entire sentences, often ask people to repeat themselves, and sometimes just smile and nod rather than admitting that you still don’t know what’s been said. This breakdown in communication leads to frustration, puts a strain on relationships, and can be the beginning of a battle with social isolation, loneliness, or even depression.

Another side effect of hearing loss you might not have considered is job performance. Have you found yourself struggling at work? You can’t communicate effectively, hear clearly during meetings, or participate in break time banter. Your relationship with your boss and coworkers is affected, and your work environment becomes uncomfortable or stressful. Your hearing loss could even become a safety issue, cause an accident, or be the reason you’re overlooked for a promotion.

What’s Happening in the Brain

One recent study sheds some light on the links between hearing loss and cognitive decline. Data was collected from the Health and Retirement Study, a massive study that measured cognitive performance in thousands of Americans over the age of 50. The study collected data every 2 years over a period of 18 years. They tested episodic memory, concentration, planning skills, and delayed recall. After a few years, those with moderate to severe hearing loss were 24% more likely to have significantly lower scores, meaning they experienced rapid rates of cognitive decline. Living with untreated hearing loss speeds up cognitive decline at an alarming rate, and leaves those with hearing loss at a much higher risk of developing dementia or Alzheimer’s disease.

Not only does treating hearing loss mitigate cognitive decline, it may even help you use your brain more! A French study by Isabelle Mosnier of Assistance Publique-Hopitaux de Paris studied nearly 100 people with hearing loss. Of those who treated their hearing loss with a cochlear implant, 80% of the seniors had higher scores on cognitive tests than before!

Treating hearing loss as early as possible is the best way to prevent rapid losses in cognitive abilities, and maintain a healthy brain as you age, allowing you to enjoy the second half of your life with clear hearing and all your faculties intact. If you could mitigate cognitive decline, wouldn’t you want to start early?

If you have hearing loss, or have been having trouble with concentration or memory, the best thing you can do for your brain is to treat your hearing loss and invest in hearing aids. You’ll be improving your relationships, enjoying easy communication, and keeping up with all the new kids at the office.

Visit us today at Neighborhood Hearing Aid Center for a hearing test, and to discuss treatment options. We’re here to help you keep your hearing and your wits sharp for years to come.