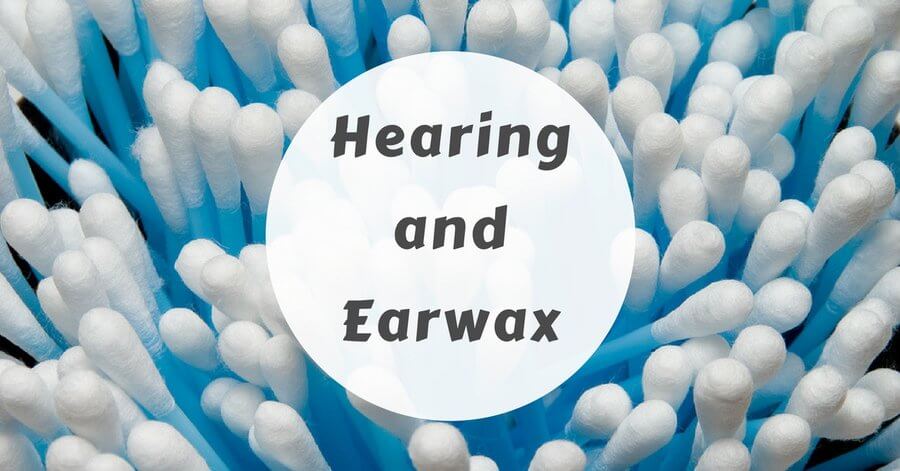 Q-tips are quite ubiquitous in the bathrooms and medicine cabinets across our country. Most often, we think of them as cotton swabs for the ears. While most of us make that association, that specific use isn’t indicated anywhere on their website.

This is probably because earwax, previously thought of as something that should be removed, is now known to be useful and even healthy for our ears. Instead of hampering our hearing, earwax provides an extra protective measure to preserve our hearing. In fact, physicians caution strongly against using a cotton swab to clean the ears, citing a propensity to interfere with the natural production and function of earwax within the ear canal.

The technical term for earwax is ‘cerumen,’ but it is a name rarely used by non-professionals. Made up of shed skin cells, hair and the secretions of the glands in the outer ear canal, ear wax is usually brown, gray or yellowish. It gets its colloquial name from its typical presentation as a waxy substance, as major components are long chain fatty acids, both saturated and unsaturated, alcohols, squalene and cholesterol.

It’s interesting to note that there are two types of earwax. Your genetics dictate whether you produce the ‘wet type,’ which is the dominant type of earwax, or the ‘dry type,’ which is recessive and thus less common. Earwax type has even been used as a tool in tracking human migratory patterns by anthropologists!

Most of the time, the amount of earwax produced and the ways it leaves the ear canal have no impact on hearing whatsoever. The basic purpose of earwax is to provide lubrication that aids in protecting and cleaning the ear canal. Earwax also offers protection against infection, insects and water. As earwax is produced, the routine motions of our jaws through eating and chewing assist in the wax’s timely removal. Uninterrupted, it’s a very healthy and useful cycle.

When earwax can be detrimental

If earwax is so helpful, why does it get such a bad rap? It might be because earwax blockage also happens to be one of the most common causes of hearing loss. Oddly enough, this is usually the result of at-home removal attempts. When any small tool is inserted into the ear, even with the intention of cleaning, ear wax can be pushed deeper into the ear. Earwax is produced in the outer ear and should never come in contact with the inner ear. However, that is precisely what happens when we habitually swab our ears to clean them, resulting in “cerumen impaction.”

Symptoms of impaction include pain or pressure in the ear or a sensation as though the ear is plugged. Tinnitus, or ringing in the ear may occur. Sometimes there is an odor or discharge associated with earwax or cerumen impaction. And sometimes, the impaction is discovered because hearing loss is occurring as a result. The hearing loss can be partial and sound may appear as muted. If left untreated, the resulting hearing loss is often progressive and gets increasingly worse.

How to safely remove

Once earwax becomes compacted enough to impact hearing or cause discomfort, it should be removed by a medical professional. The most common way this is safely done is through irrigation, in which a syringe is inserted into the ear and warm water is used to dislodge the impaction. Patients who undergo such treatment often report an immediate sense of relief once the blockage is removed.

It cannot be stressed enough to leave this sort of procedure in the hands of medical professionals. Our ears are delicate systems that do heavy lifting in transmitting the myriad sounds of the world into our daily consciousness. It is a too precious sense to risk for the sake of a well-intentioned but potentially harmful self-cleaning.

If you wear hearing aids, you might have a slightly different relationship with earwax. Hearing aid manufacturers have said that 60-70% of repairs have a problem that is the result of earwax buildup. And wearing an in-canal hearing aid might require additional earwax cleaning methods, because it demands that wearers constantly insert a potentially impaction causing device into their ears.

If you have experienced issues with earwax buildup or problems with your hearing aids due to earwax, contact us at Neighborhood Hearing Aid Centers. Our team is well-trained and well-informed, and we’ll be able to tell you the best practices of cleaning and care going forward.