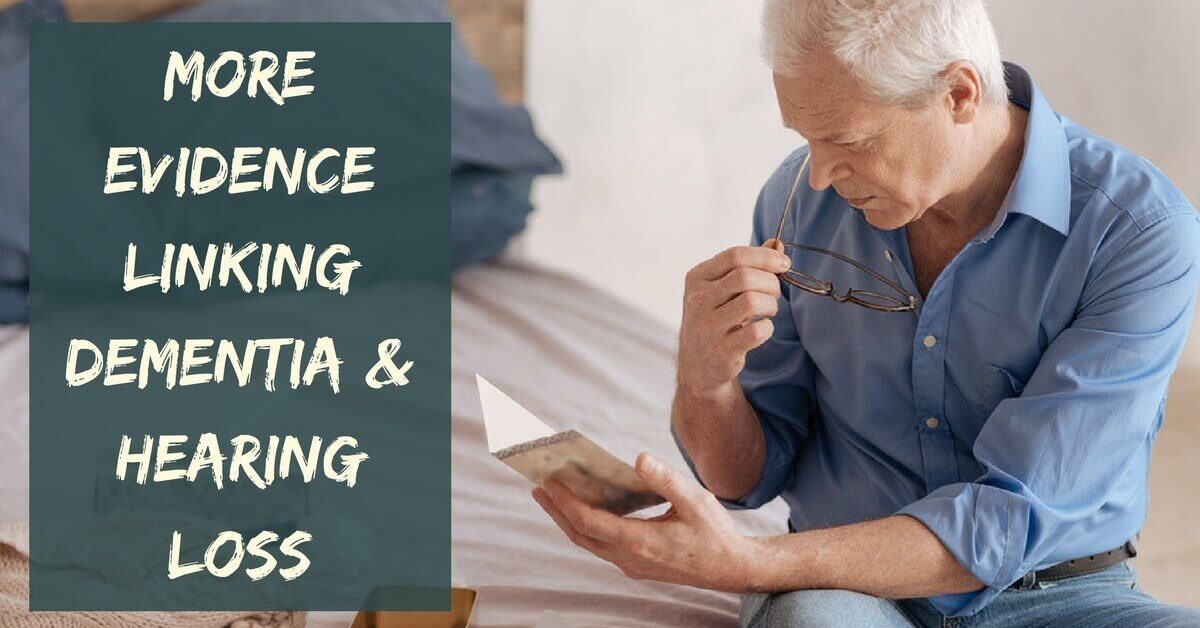 Hearing loss in older adults (those aged 60 or older) has now been conclusively linked to an increased risk of dementia, in several major studies. Although scientists are still working to pinpoint how exactly untreated hearing loss makes the brain more vulnerable to dementia, they know that older adults have a much higher chance of developing this disease if they have an untreated hearing loss that is greater than 25 decibels.

As researchers learn more about Alzheimer’s and other forms of dementia, they are also finding ways that seniors can protect their brain health. And one of the most important ways, it turns out, is wearing hearing aids. Here are a few of the key studies on this important link.

In a recent English study, researchers used data from the English Longitudinal Study of Aging to look at people aged 50 and older with self-reported and diagnosed hearing loss. The study showed that, compared with people with normal hearing, the risk of dementia was 1.4 times higher in those with moderate hearing loss, and 1.6 times higher in those with severe hearing loss. The authors stated that “these findings are consistent with the rationale that correction of hearing loss could help delay the onset of dementia or that hearing loss itself could serve as a risk indicator for cognitive decline.”

The results of a large German study of 154,783 people indicated that people with hearing loss had a 1.2 to 1.4 times greater risk of dementia, compared with those with no hearing loss. Researchers collected data from the largest health insurer in Germany from 2006 to 2010, looking closely at 14,602 cases of dementia. The study also revealed that the risk of dementia was not greater in those who had a unilateral (one-sided) hearing loss.

The exact reason for the link between hearing loss and dementia is still not known, but researchers have proposed that a common pathology may cause both, or that the strenuous effort of deciphering sounds over time may overwhelm the brains of those with hearing loss, making them more susceptible to dementia.

It has been found that social isolation–a known risk factor for dementia–increases with untreated hearing loss, so the two may be linked in this way.

Multiple studies have also shown that hearing loss is not just a risk factor for Alzheimer’s and dementia, but it actually worsens the symptoms of these diseases when they are already present. These symptoms include diminished memory, difficulty learning new tasks, lowered alertness, compromised personal safety, fatigue, stress and depression.

Why does hearing loss increase the risk of dementia?

The good news is that treating your hearing loss with hearing aids can make a significant difference in the way your brain reacts to the loss. A comprehensive French study has revealed that wearing hearing aids helps to reduce cognitive decline and that people who wear these devices have similar cognitive function to those without hearing loss.

Living with untreated hearing loss diminishes a person’s quality of life, not just in terms of cognitive health but countless other ways, from increased isolation to relationship difficulties. There is no reason to live with these troubling side effects of hearing loss. Protect your brain and your quality of life by taking the first step to treat your hearing loss–make an appointment for a hearing evaluation today with us at Neighborhood Hearing Aid Center.