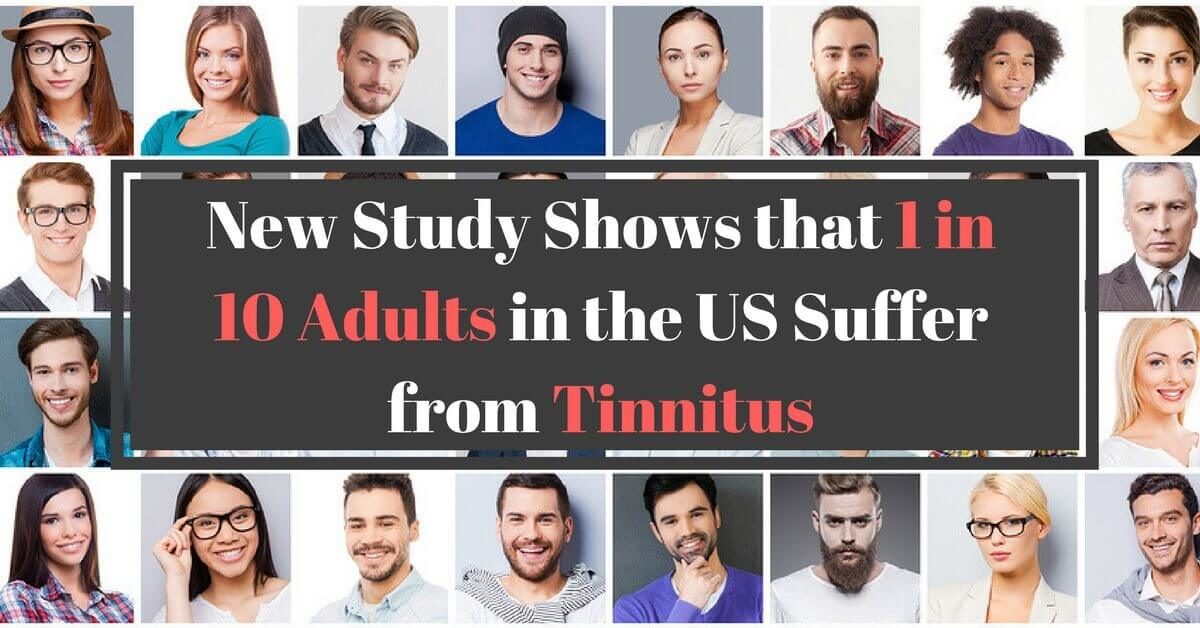 If you suffer from tinnitus, you know just how unmanageable it can be. That uncomfortable ringing, buzzing or whistling sound just won’t go away, and it’s difficult to cope with these sounds that won’t leave you alone. You’re not the only one struggling to find some peace and quiet. Tinnitus is becoming more common, and a new study has found that 1 in 10 Americans is suffering from tinnitus.

Tinnitus is the perception of sounds in the absence of any stimulation coming from the outside world. This buzzing, ringing, roaring, or whistling is all in your head, and is a constant irritation. Tinnitus is often caused by exposure to excessive noise, whether at work or during leisure activities. However, it can also be brought on by stress, illness, injury or normal aging. It often goes hand in hand with hearing loss, and can be an early warning sign that you’re hearing isn’t as good as it once was.

Tinnitus Rates are on the Rise

A study out of the University of California, Irvine, collected data from over 75,500 respondents, and asked each person several questions about tinnitus. They found that 10% of American adults had experienced tinnitus in the past year, and of those, 36% had constant symptoms that interfered with their daily life. Another 30% had experienced symptoms of tinnitus for more than 15 years! Now that’s a headache. These rates are on the rise, and more and more people are complaining about tinnitus. The growing numbers of tinnitus cases is likely due to increasing exposure to loud noises, both at work and during recreational activities.

The Side Effects of Tinnitus

Living with tinnitus is no walk in the park. Your tinnitus might be manageable during the day when there are lots of distracting background sounds that take your focus away from tinnitus. But in the evening, the quiet can become deafening. Sleeping is often a challenge, as the constant sounds keep you up at night causing discomfort, pain, and emotional distress. For some, tinnitus is completely unmanageable, forcing them to drop out of school, or even quit their jobs.

Struggling to overcome tinnitus leaves you exhausted, reduces your concentration, and can often lead to depression, anxiety, mental health problems, and a low quality of life. You may find yourself more short-tempered and irritable than usual, and not able to cope with stressors in your life. Nearly 50% of respondents in the study said tinnitus was a problem, and 7% even described it as a very big problem.

Unfortunately, there is currently no cure for tinnitus. Once you have it there’s no pill, no diet and no surgery that can change it. The best way to treat tinnitus is to learn to live with it. Learning to accept tinnitus as part of your life reduces stress, and will lessen the symptoms of tinnitus. The more you stress, the worse the symptoms will be, so it’s important you do everything you can to lower your stress levels. Some stimulants have been shown to make tinnitus worse, so avoid excessive use of caffeine, alcohol, and nicotine.

Once you’ve learned to control your stress levels, it’s time to turn to technology. Hearing aids of today have sophisticated tinnitus management programs that will bring you relief, both during the day and at night. You know that if there’s background noise in the room your tinnitus fades away to almost nothing, and tinnitus management works on the same principle. Our digital hearing aids have built-in tinnitus therapy programs that ease the symptoms of tinnitus using sound therapy. You can choose between nature sounds, water sounds, or even your own music to create background noise and mask the tinnitus, giving you concentration at work, and allowing you to fall asleep easily.

Are you experiencing tinnitus, or hearing sounds that no one around you can hear? Visit us at Neighborhood Hearing Aid Center for a consultation and hearing assessment. Several of our top hearing aid brands have advanced tinnitus management programs that will change your world. Ask us about Starkey’s Multiflex Tinnitus Technology, ReSound’s Relief app for tinnitus management, or the Tinnitus Balance Portfolio from Phonak.