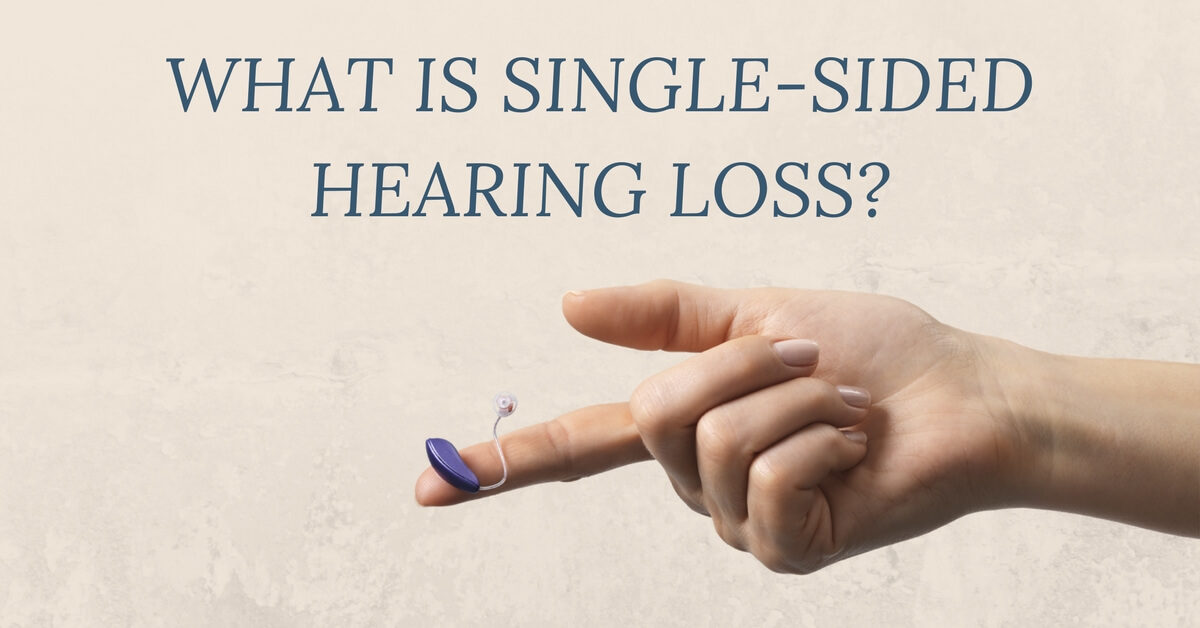 Nearly 50 million Americans have hearing loss that affects both them and their loved ones in profound ways. Not being able to hear clearly inhibits your ability to participate fully in social functions, or even to have a clear conversation with your friends or family. Hearing loss causes you to pull back from many of your hobbies or recreational activities, isolate yourself, and face negative physical, emotional, and mental health outcomes. Those with single-sided hearing loss are no exception, and while you might think losing hearing in only one ear isn’t that big of a deal, this form of hearing loss is equally life-altering.

Along with hearing loss, those with single-sided hearing loss also have trouble localizing sounds, or determining where the sounds originated. Your brain figures out where sounds are coming from based on which ear hears a sound first, but with only one ear functioning properly, it’s hard to determine what direction a noise is coming from. This poses a huge safety risk, since you might mistake the direction a honking car is coming from as you’re crossing the street, or miss some sounds entirely.

The most common difficulty faced by those with single-sided hearing loss is having trouble distinguishing background sounds from important speech sounds, or other sounds you are trying to hear. With only one ear working well, it’s a struggle to focus on a single sound, such as a person’s voice. It all comes down to cognitive load. When only one ear is functioning, a massive amount of information from that ear needs to be processed by the brain, and all the background noise makes it hard to focus on a person speaking, or on completing a task.

All Sounds Are Soft Sounds

Another symptom of single-sided hearing loss is hearing sounds much more softly than they really are. This is because the brain is relying on both ears to determine how loud a sound is. If the brain only receives sounds signals from one ear, it assumes the sound is quiet, and you will experience it as a quiet sound even if it’s not.

The most common treatment for single-sided hearing loss is a CROS device, or a Contralateral Routing of Sound hearing aid which allows you good ear to help your weaker ear. These devices have two parts, a transmitter and microphone in the weak ear and a receiver in the good ear. As sounds hit the transmitter, they’re communicated to the other ear, which helps your good ear hear for both ears. If you have some hearing loss in the good ear as well, then a BI-CROS system will function in the same way, but also provide a microphone for hearing support in the good ear.

Though there are many treatment options of those with single-sided hearing loss, many people choose to live with their hearing loss rather than seeking treatment. If you’re ready to get back to the things you love, visit us at Neighborhood Hearing Aid Center for a hearing assessment. We’ll test both your ears to make sure you get the right hearing device that will get you back to hearing clearly.